How to Sync Two Web Servers in Linux Automatically 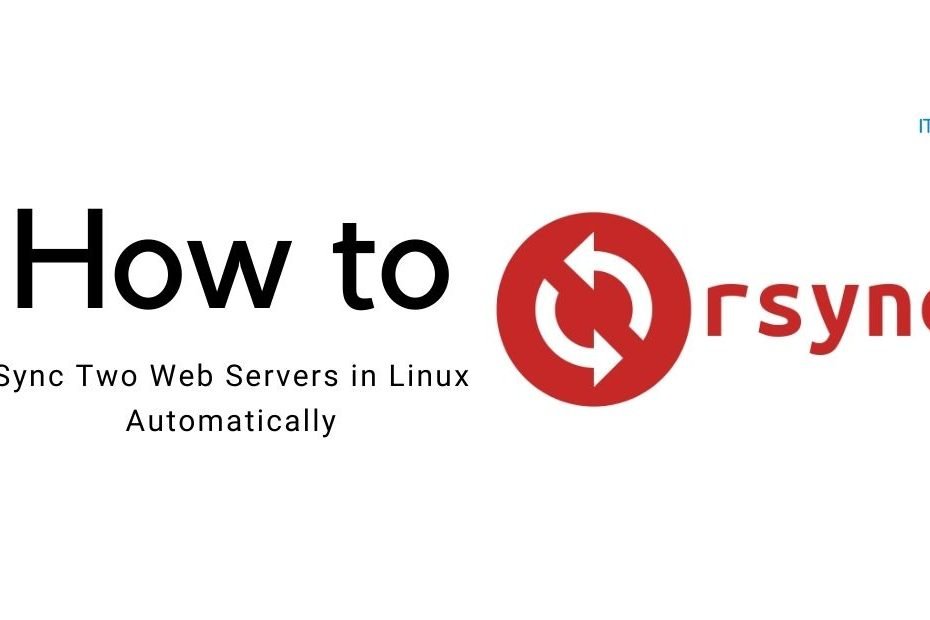 As you work as a Linux administrator/superuser in a production/server environment, you start to see the sense in working with more than one web server. You will need to understand How to Sync Two Web Servers in Linux Automatically.

Right now, you might not see the logic in having two similar web servers running at the same time but there will come a time when having an extra server environment creates an ideal backup plan for your primary server.

To reduce or counter unavoidable website downtime, a secondary web server should be set up to automatically take over from a primary web server. This setup process that enables two web servers to communicate with one another is called server syncing.

Let’s discuss some advantages of having a web server syncing operation.

In this case, you need to have two web servers running and their respective domain names or IP addresses. In my case, I will use the following two servers as my primary and secondary web servers:

For our web servers’ syncing operation to be successful, we are going to need the help of the rsync tool. You can install it on your preferred Linux distribution server from either of the following package installation commands. Rsync installation should take place on both the main server and the secondary server you wish to sync.

Before performing syncing, make sure to identify your rsync user on the main/primary server. You can use the already established root user on your Linux system. On my end, I will use the already existing ubuntu user.

On my backup/secondary server, I will run the following rsync command that points and links its /var/www directory with the one on the main/primary server.

As per the executed rsync command from the above screen capture, the files and directories that existed in the main server have been synced and copied to the backup server.

You don’t need to every time sync your web servers manually. To automate this syncing operation, consider the following two-step approaches:

On your backup/secondary server, you need a public and private key. You can generate one from the following command:

Remember to run the above command on your backup server.

Also, remember to skip setting up a passphrase by pressing [Enter] to leave the passphrase field blank.

Next, these generated public and private keys need to be copied to the primary/main server from the backup server. Use a command similar to the following to achieve this objective:

Now access the main server and confirm the newly added keys on your main server:

We are now done with sharing the required key files with our two servers (primary and secondary servers).

On the backup/secondary server, configure the crontab file for automatic server syncing:

You will be asked to choose an editor for opening the crontab file:

At the bottom of the opened file, add a cron job schedule for syncing your servers:

As per the above cron job entry on the crontab file, the main and primary web servers will be automatically syncing after every five minutes.

Once you save your changes and exit the editor, the cron job should install and activate itself.

Automatically syncing your primary web server with a secondary web server saves you from having to deal with server downtime issues, errors, and also creates the perfect backup plan for a productive and highly trafficked website server that you wish to remain active.

4 Years of experience in the field of IT. Have a great hand-on experience in the following experience on Frameworks like Wordpress, Shared Hosting Panels, Cloud Technologies (AWS), Codecanyon Scripts, Managing, Installing | Maintaining the Servers, and Microservices using data analytics along with Digital Marketing assisted with consultancy.

How to optimize your WordPress Database? 
October 2, 2022

Ways To Get Google Reviews To Improve Your SEO
March 31, 2022

This site uses Akismet to reduce spam. Learn how your comment data is processed.